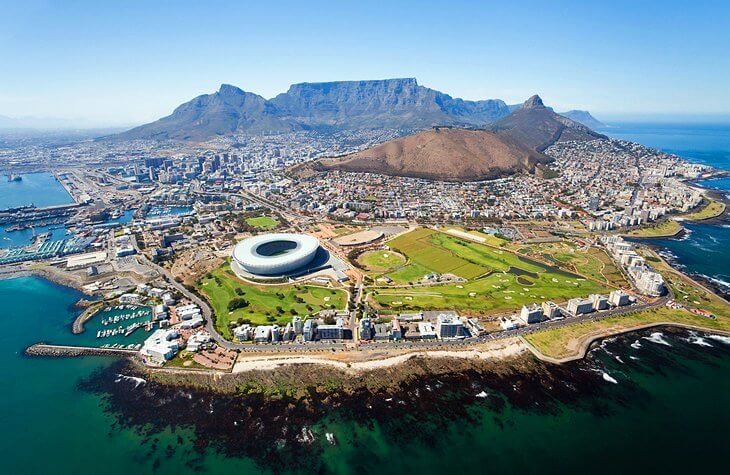 South Africa is a country second to none, with some of the world’s most spectacular national parks; a true multicultural experience that combines many different traditions, foods, and languages, as well as some of the

South Africa is a country second to none, with some of the world’s most spectacular national parks; a true multicultural experience that combines many different traditions, foods, and languages, as well as some of the friendliest people in the human race.

There are a lot of different reasons to visit the country, but perhaps some of the most appealing are the unique landmarks that are dotted around the country. These are landmarks that encompass both the natural beauty and the difficult history of the country, and they paint a picture of a people that have become unified as one over the last few decades.

Travelling to South Africa is an unforgettable experience, and it can only be made better by checking out these following landmarks during the journey.

South Africa is a country almost split in half by the vast mountain ranges that span the lower half of the African continent. These mountains have played a huge role in how the population has been dispersed around the country, with most of them being on the coast.

Eastern Lesotho borders South Africa’s Free State province with the help of the mighty Drakensberg, a truly massive range of mountains that have long been beloved by both the original peoples of the country as well as the settlers. Today, the Drakensberg is comprised of multiple national parks, such as the Royal Natal National Park, making them a landmark that’s not worth missing.

Nelson Mandela is considered as one of the greatest heroes in modern history; a man that fought through terrible prejudice and injustice to eventually free his people from oppression and dawn in an entirely new country.

The former president spent most of his life locked behind bars, however, and was famous captured just outside the quaint town of Howick, Kwa-Zulu Natal. The event has been forever commemorated by a unique statue of Mandela that can only be viewed from certain angles, as well as a museum that details his life and legacy, and how he shaped South African society.

Known as the Mother City, Cape Town is considered as one of the best cities in the world to live in, with plenty for visitors to see and do. But above all, taking a day to check out Table Mountain is a must.

This famous plateau has watched over the city since the first Europeans settled on its shores, and today it’s an unmissable destination that promises the best offers around in terms of things to do. Visitors are able to use cable cars that run all day and night up and down, where riding one allows those inside to see how spectacular the city really is from the sky.

This UNESCO Heritage Site is a true look at the brutal regime of the Apartheid government, but also a symbol of hope that old regimes can be brought down with enough willpower.

Robben Island is situated outside of Cape Town and once housed the “terrorists” of the anti-Apartheid movement. It’s possible today to go on tours of the island and its prison and see how the inmates once lived.