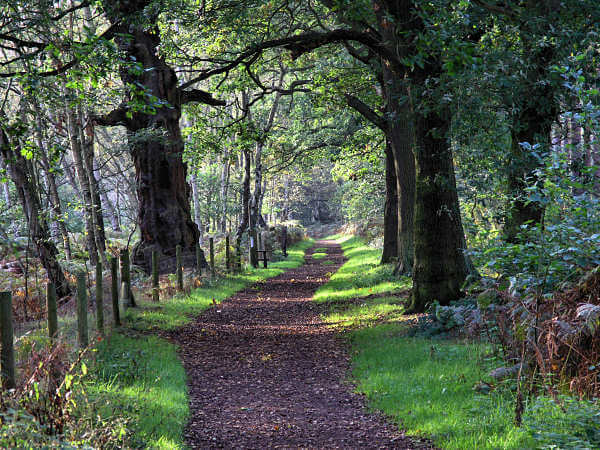 Forests have been around for hundreds of millions of years in one form or another. They tend to be bastions of biodiversity, rich with various fauna and flora that make them truly unique biomes. There

Forests have been around for hundreds of millions of years in one form or another. They tend to be bastions of biodiversity, rich with various fauna and flora that make them truly unique biomes. There are hundreds of millions of hectares of natural forest found throughout much of the world, and many of them are under protection by both national and private entities.

Those travellers with a deep passion for nature may want to take the time and visit one of these enchanting forests, which is why we’ve put together a list of some of the best in the world.

Situated in the wonderful country of Poland, the Crooked Forest is something straight out of a fantasy novel. This grove of pine trees can be found near to Nowe Czarnowo, which itself is situated in West Pomerania. While technically not an indigenous forest, it’s still a one-of-a-kind region as the trees themselves have all grown in a specific shape.

No one is sure exactly why the trees have grown this way, but it’s theorised that they were grown in such a way to be used in the building of ships. Another belief is that the saplings were crushed by passing tanks during World War 2, but almost all of this is nothing but speculation at this point. Regardless, the Crooked Forest is a must-see for anyone visiting the region.

The Redwood National Park is home to the tallest trees on the planet, the Californian Redwoods. These towering giants are thousands of years old, and almost half of all of them can be found in this specific national park.

Many of the older trees have grown to heights of almost 120 metres and walking through the forest is an easy way to make a person feel extremely small, and even humbled. The national park is renown throughout the world for being a unique place that sees thousands of visitors every years.

While most people think of the Outback when they picture Australia, the country is also home to lush and vibrant forests that are packed with life. One of the most beautiful is the Daintree Forest, which can be found in the Queensland province of Australia. It’s among the most stunning rainforests that the natural world has to offer.

Many experts believe that it’s the oldest of its kind, having lived for around 110 million years, and continues to thrive to this day, making it a great place to relax with a few rounds of roulette Canada has to offer. It’s also home to the infamous cassowary, one of the few birds in the world that can fatally harm a human, although they tend to be fairly elusive.

Costa Rica is known throughout the globe for its incredible rainforests, and none is more magnificent than the Monteverde Cloud Forest Reserve. Set in the heart of the country, it’s among the wildest areas on the planet, and consists of six different ecological zones. It’s a stunning reserve that any forest-lover would never forget, especially when visiting during the rainy season.