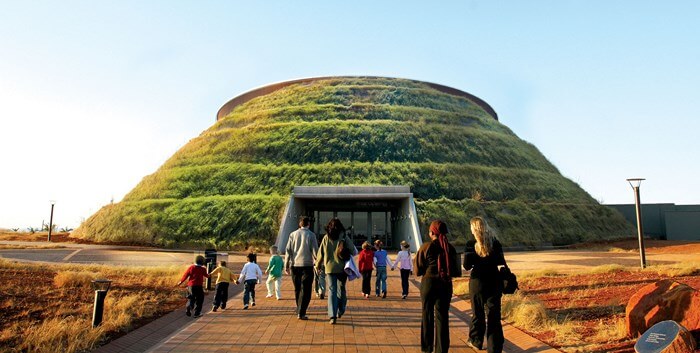 South Africa is a wonderful place to visit, and has many landmarks that show its diverse and colourful culture. 1. Table Mountain When visiting South Africa, Cape Town is a destination that should always be

South Africa is a wonderful place to visit, and has many landmarks that show its diverse and colourful culture.

When visiting South Africa, Cape Town is a destination that should always be included in your itinerary.  The “Mother City” as Cape Town is fondly known has a landmark that everyone in the world knows and that is Table Mountain.

Table Mountain is a Natural Wonder of the World and can be explored by climbing up the mountain and there are various walks or you can use the cable way to go up and down.

This a UNESCO World Heritage Site and is where Nelson Mandela spent 18 years of his 27 year prison sentence and was also once a leper colony.

The best way to see Robben Island is to take a guided tour and some of the tour guides were actually prisoners on the island and offer unique insights.  Getting to the island is an adventure in itself; take a ferry from the V & A Waterfront.

These homesteads are very distinct with gables, white walls and thatch roofs and are the homes of the original settlers who came to the Cape from Holland.

These homesteads can be seen in Cape Town itself but are found more frequently in the Winelands.

Located in Coffee Bay, Eastern Cape, the Hole in the Wall is a unique attraction in this beautiful part of South Africa.  It has a detached cliff and a huge opening in the rock that was made by the waves eroding the rock.

The locals have named it “izi Khaleni” meaning place of thunder.  When the tide is high you can hear the loud clapping of the water against the rock.

It is a World Heritage Site and can be found about 95 km from OR Tambo airport.  This features a range of caves containing fossils that show the various stages of how humankind has evolved.

The Cradle of Humankind made headlines when Homo naledi was discovered.  Visit Maropeng, which is the visitor’s centre and explore artefacts and research that has been done.

Located in the city of Durban, the stadium is a beautifully designed piece of architecture.

Take a SkyCar ride to the top of the stadium, or if you are feeling energetic you can take the stairs, there are 500 of them, but however you get there the views from the top are spectacular and will make you feel like you’ve won the jackpot playing the top pokies sites in NZ has to offer.

Located in Pretoria these buildings were designed by Sir Herbert Baker and the complex is situated in a beautiful garden offering majestic views of the city.  The Union Buildings are the official seat of the government and the president’s office is located in these buildings.